Hayley and I planned for two months for this photo shoot.  Finding a location proved to be much harder than I thought.  Who would have thought it would be hard to find a body of water with clear enough water in Oregon that wasn’t also freezing cold or too far for us to meet?  I had almost given up and we were thinking of a combination of a natural setting and a pool, but there was the sword..If it hadn’t been for the sword we might have used that option and I’m glad it pushed me to try another location.  Last minute when there was no more time to check out new places, we settled on Lost Lake.  Neither of us had been there before so we took a chance and it worked out.

Hayley designs and makes her own costumes.  The vision of the shoot was hers.  I figured out the location and what gear I needed and prepared myself  to capture her under water.  (I started my underwater photography journey back in October with my little Olympus tg-4 at pools with my kids, and the magic of underwater photography has enchanted me since) I owe my children so much for their allowing me to practice with them.

Very recently, I decided to try out some Outex Housing for my camera and the GoPro Hero5.  Outex housing worked quite well and kept my camera dry.  It is unnerving, though to put a camera underwater, and takes time to get used to.  It was a learning curve in figuring out how to make sure I put it on properly, testing the seals, and using the settings with my fingers, by touch.  I still find myself fumbling with finding the settings by touch.  It is best to have the settings as you want them before putting on the housing, but I am still learning what settings work best for underwater photography.

I forgot my mask, and I definitely think it would have helped my own visibility a lot if I had had it.  I  also want to try a waterproof light when I do this again. Both those things, I think will make a big difference.

As an underwater model, Hayley  had her work cut out for her.  She had to release as much air as she could so she could sink a bit, and not have puffed cheeks or too much air coming out of her nose.  Most people do not look as graceful as she did their first try at this!  I think she did an amazing job. My underwater selfies make me look like a puffer fish. 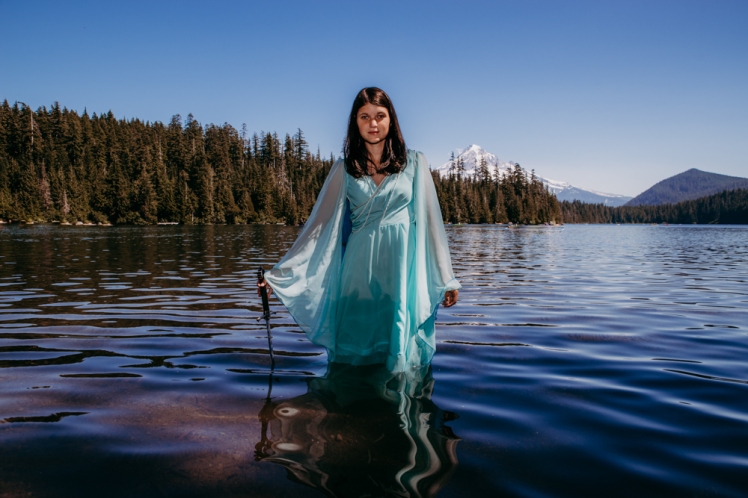 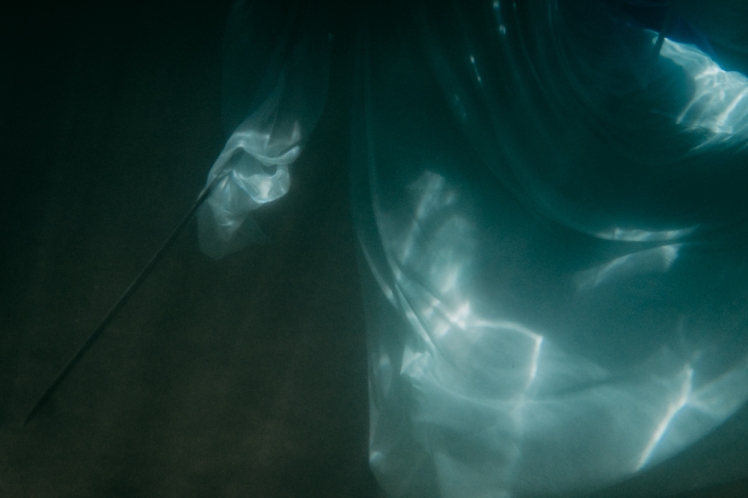 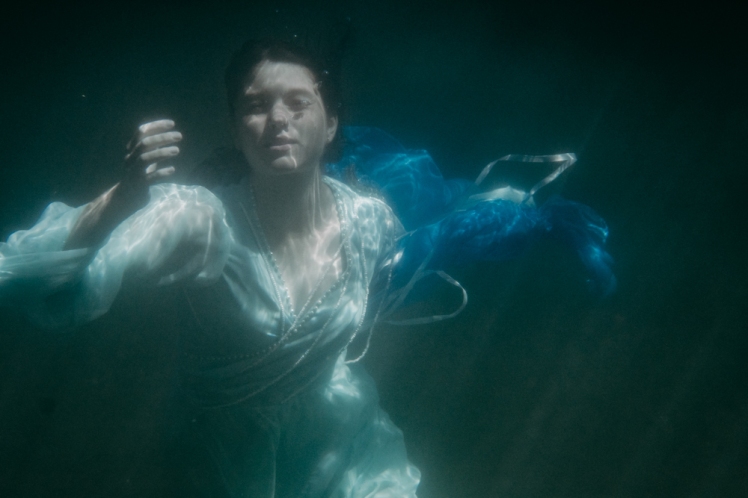 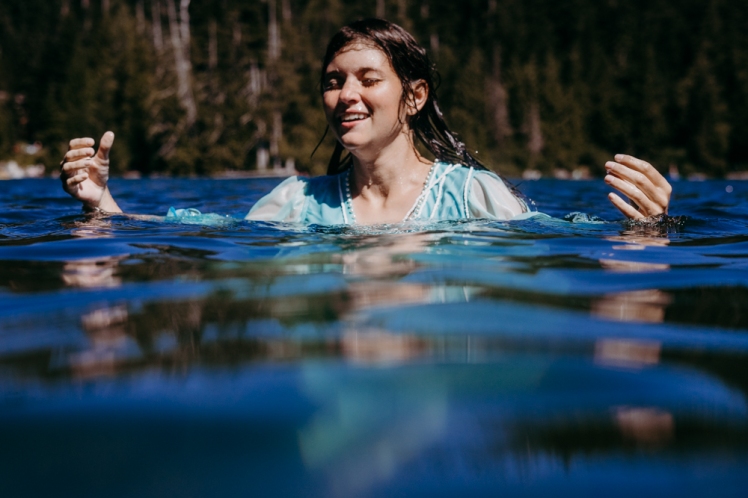 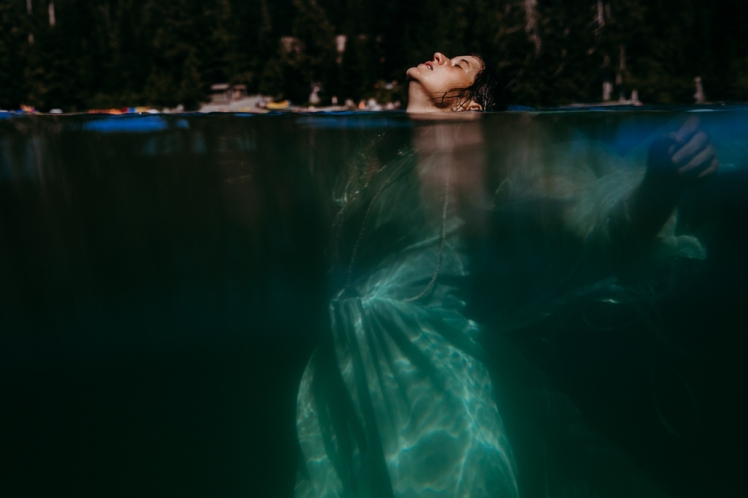 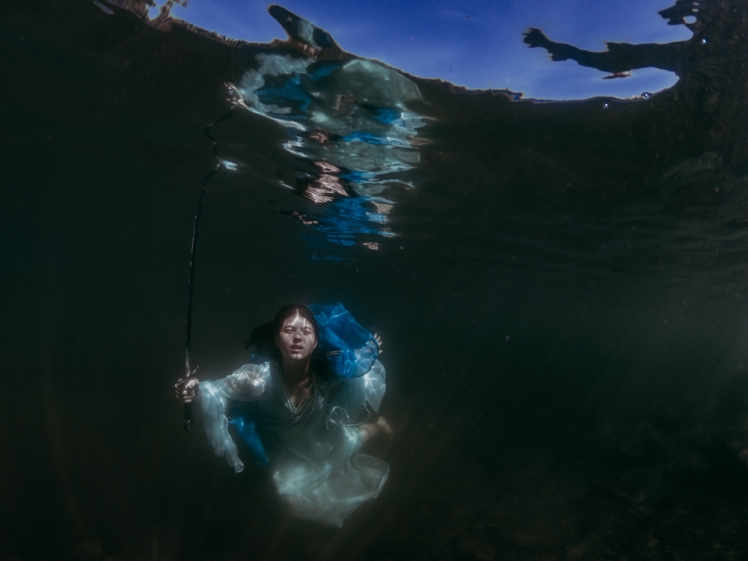 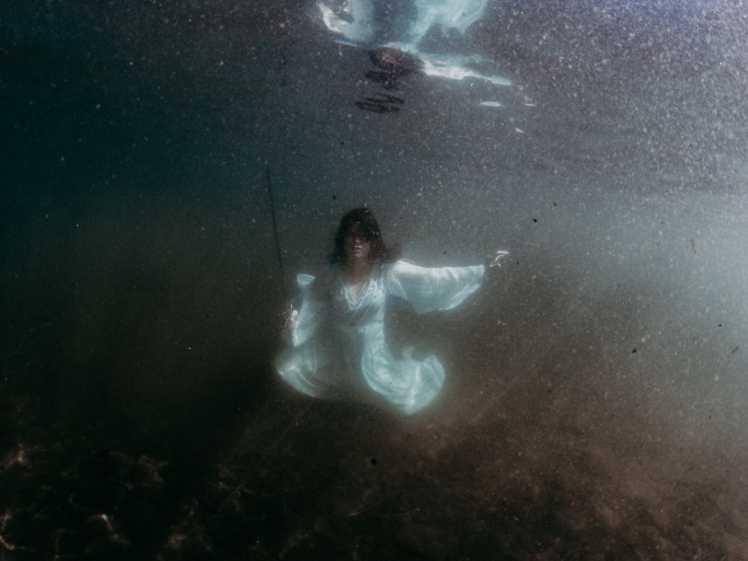